WE ARE A STUNT AGENCY THAT BELIEVE IN COOPERATION

Swedish Stunt Agency is founded by Tarmo Hietala., Stunt Coordinator and stuntman. Martial artist ( Black belt Karate ) World cup silver medalist 1992. National team sweden 1992-1997) Karate Instruktor for over 30 years. Stagefight teacher NSFS 2008. Desided to leave stagefight and go more into the stuntworld 2008. Norrköping based production copmany Crazy Pictures produced a feature film: The unthinkable, that was nominated in TAURUS WORLD STUNT AWARDS 2019. It is a recognition and feels fantastic to be part of as stunt coordinator in the film. Swedish Stunt Agency continues in the same spirit and deliver professional stunt performers to the industry. Swedish Stunt Agencys vison is to open doors and invite to cooperation.. We want to show the rest of the world that Sweden is great country that delivers high class action and stunts. Swedish Stunt Agencys goal is to have great people from all over the world that wants to cooperate within stunt.

To achieve the best in action we work creatively and have the expertise in the house. Martial artists, Sword specialists, Horse profesionalls, Coordinators and Choreographers,

Is to open doors and invite for colloboration. To open up for colloboration is about trust and heart. One man show is to go backwards. We belive in working togethor and to expand the stunt industry forward.

STAND UP FOR STUNT

Is one of the strong viral words that are traveling the globe right now. And with so many stunt performers behind it. There should no longer be that stunt is not recognized in the filmindustry. We have stunt pioneers that have given us so many great films to love and to wach with friends and family. We walk on dead men´s and womans shoulders. Let´s show them some respect and bring in stunt in the oscars around the world.

Is to grow and expand. To deliver world class action to the film, tv and theater industry around the world. To colloborate with the best. To teach young people that want to work in the industry. To take social responsibility. ( Norrköping Stunt Camp) 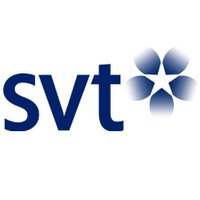